FDS is committed to furthering the education and well-being of its volunteers. A volunteer weekend workshop is organised each year and this is a great opportunity to learn and participate in ongoing training. This FDS workshop is highly beneficial to all volunteers. It's a time to network with other volunteers, renew old acquaintances, meet like-minded people and enhance not only your volunteering skills but also your own personal development. It is crucial that all volunteers keep updated on the latest information and trends. We do request that all volunteers commit to attending. There will be time for fun and relaxation as well as a wonderful opportunity to learn more about the valuable work you do for FDS. 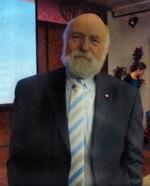 Tony Trimingham
CEO and founderFamily Drug Support was formed in 1997 after its founder Tony Trimingham lost his son to a heroin overdose. Bereft, Tony felt frustrated by the general apathy and ignorance of his own experience.
This was also the plight of many other families.
Realising this was but the tip of the iceberg, a public meeting was called where hundreds of people attended.
FDS was formed as a result.
FDS is a caring, non-religious and non judgemental organisation.
FDS is primarily made up of volunteers who have experienced first-hand the trauma and chaos of having family members with drug dependency.
Most have travelled the same road.